Stories From the Edge of Blindness

In 2002, Retinitis Pigmentosa changed my life. This is my story of a slow approach to darkness.

I was going to work on my newest venture of writing fiction (thanks to my wonderful friend and mentor, Bryan) and send out some poetry submissions this morning, but then I entered the WP world and read a few different posts, from others in the Blind/VI community, about the  #Birdbox challenge, and I felt compelled to respond with a post of my own. END_OF_DOCUMENT_TOKEN_TO_BE_REPLACED

I am thrilled to have a poem in The Opiate Magazine today.  3 more of my poems have been accepted for their next print issue and I am over the moon.  My huge thanks to editor, Genna Rivieccio!

If you would like to read my poem, you can do so here.

It Rained That Day

It is raining in Los Angeles.  31 years ago today, my Mom was buried.  It rained that day as well.

Some years I feel the weight of these days on the anniversary of her death, some years I feel it more keenly on the anniversary of her burial.  The night she died, everything was so quiet and I felt numb, lost.  It was three days later, at the cemetery, that the noise of her absence filled the sky.  I stared at her casket thinking how wrong it was that the wood was polished, shiny.  Rain began to fall as they lowered her body into the ground.  Sobs escaped my throat.  My Dad had to hold me upright so I wouldn’t fall out of the chair.  It was the day the breaking began to consume me.

I wrote this poem on the 25th anniversary of her burial.

Twenty- five years ago, I watched strangers
lower my mother’s body into the ground.
It was raining that day.
The soil swallowed up her oak and pink satin casket.
Heavy.  Cold.
Not a place for a woman whose laugh lit up rooms,
whose touch soothed even the deepest aches.
My breath and heart plummeted into the hollow earth and
I broke into pieces that scattered in the rain.
For twenty- five years I have been collecting them. 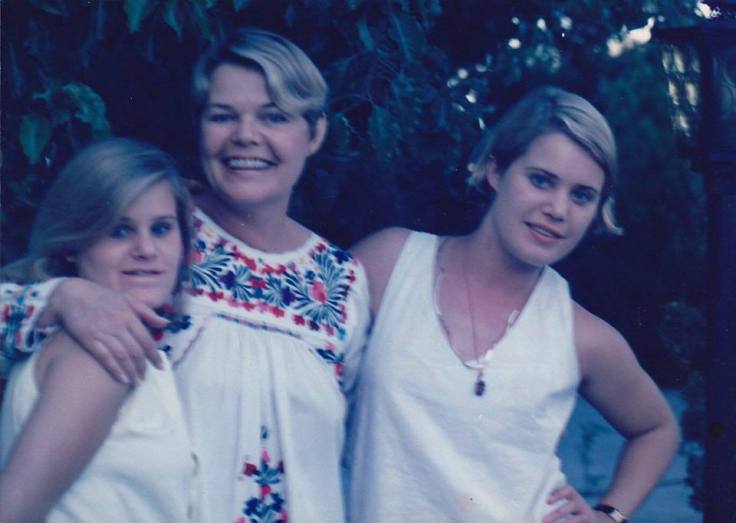 Thirty one years ago today, after a long battle with a gene mutation that gave her multiple kinds of cancer, my Mom died. She was 52 years old.  This photograph was taken on her 50th birthday.  This year, I will turn 50.  It has been a lifetime without her and I miss her every minute of every day. END_OF_DOCUMENT_TOKEN_TO_BE_REPLACED

I have long been a fan of the literary journal Anti-Heroin Chic!  I even quoted it’s editor in a recent guest post on my friend Bryan’s blog, A Crack in the Pavement, so you can imagine how thrilled I am to have two of my poems in their January issue.

If you would like to read my poems, you can do so here.

Although I ended 2018 with the flu, 2019 has begun in ways that fill me with gratitude.  I am usually very depressed at this time of year, overwhelmed with grief as the anniversary of my Mom’s death arrives, but this year, mingled with my sadness, is the feeling that she would be proud of me.  This is a new feeling.

In addition to “Dress Rehearsal for Claustrophobia”in Riggwelter, 3 more of my poems have been published in Mojave Heart Review today, and I am incredibly grateful.  These are some of the most personal poems I have written and I couldn’t ask for a better or more gentle home for them.  I begin the year feeling hopeful and grateful and for the first time, like I may be on the right path.

If you would like to read the poems, you can do so here.

I am thrilled to start 2019 with a poem in Riggwelter!  My huge thanks go out to editor Amy Kinsman!

If you would like to read Issue #17, including my poem on page 9, you can do so here.